“It is incumbent upon us as prosecutors to be the ministers of justice.”

Maryland prosecutors have tossed 34 criminal cases and are re-examining dozens more in the aftermath of recent revelations that a Baltimore police officer accidentally recorded himself planting drugs in a trash-strewn alley.

Baltimore State’s Attorney Marilyn Mosby said that, in all, 123 cases are under review in the wake of a scandal in which one officer has been suspended and two others put on administrative duty. Body cam footage revealed nearly two weeks ago showed one of the officers planting drugs when he didn’t realize his body cam was recording. The Baltimore Police Department’s body cams, like many across the nation, capture footage 30 seconds before an officer presses the record button. The footage was turned over to defense attorneys as part of a drug prosecution—and that’s when the misdeed was uncovered.

“We are dismissing those cases which relied exclusively on the credibility of these officers,” Mosby told a news conference Friday. She said the dismissed cases, some of which have already been prosecuted, involved weapons and drugs. Another dozen cases will stand because of “independent corroborative evidence,” she said.

Warning: Trying to access array offset on value of type null in /homepages/39/d255216760/htdocs/newslondon/wp-content/themes/sahifa/single.php on line 92 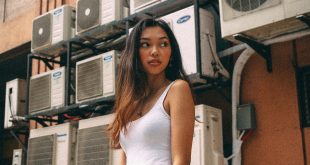 Does turning the air conditioning off when you’re not home actually save energy?

Is it better to cool your house all day, or adjust the A/C setting on …